A few years ago, I was part of a great group of intrepid adventurers who embarked on an epic 11-mile hike across the crater of Haleakala volcano, led by my good friend Katie McMillan.

Katie picked me up at the Halemau’u (switchbacks) trailhead, the end point of our hike (so there would be a car there) and we met up with the rest of the group at our starting point, the Keonehe’ehe’e (Sliding Sands) trailhead, near the summit of the volcano.

As we began our descent into the crater, we passed a group on horseback making their way along the trail. To me, it was reminiscent of what the scene must have looked like over a century ago before the National Park was established. 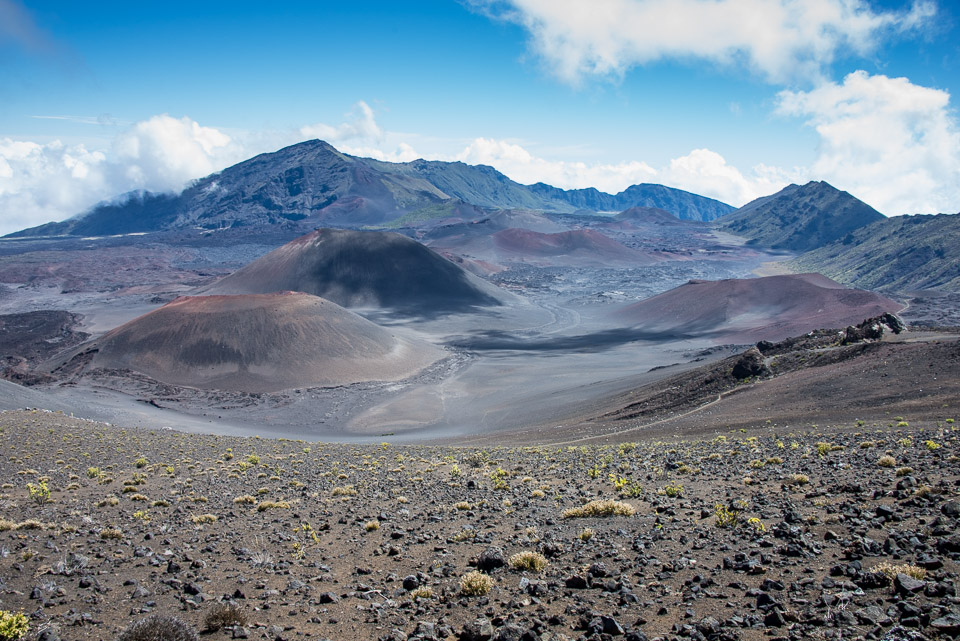 The views were otherworldly. I was amazed at the colors I could see in the huge cinder cones on the immense fields of lava, against the backdrop of the crater rim.

Every so often I’d turn around and see some members of our group on the trail behind me looking like moving specks in this immense landscape. In my mind’s eye, I could imagine the whole scene as it must have been like when the very ground we were walking on was a gigantic active volcano. This image stayed with me through the entire hike. It was awe-inspiring. 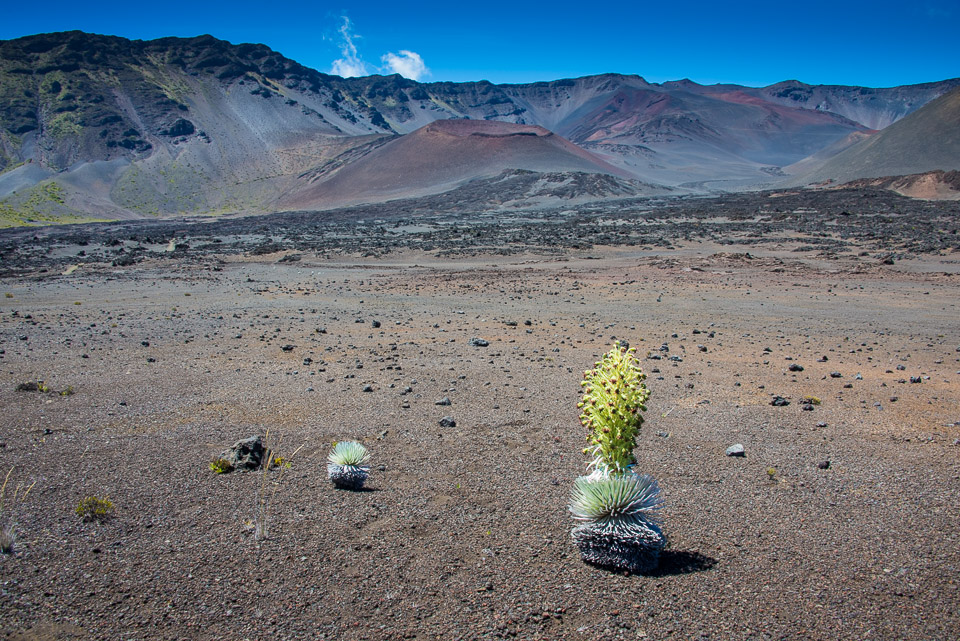 The Haleakala Silversword can live up to 90 years and is one of more than 850 species of plants found within the National Park. 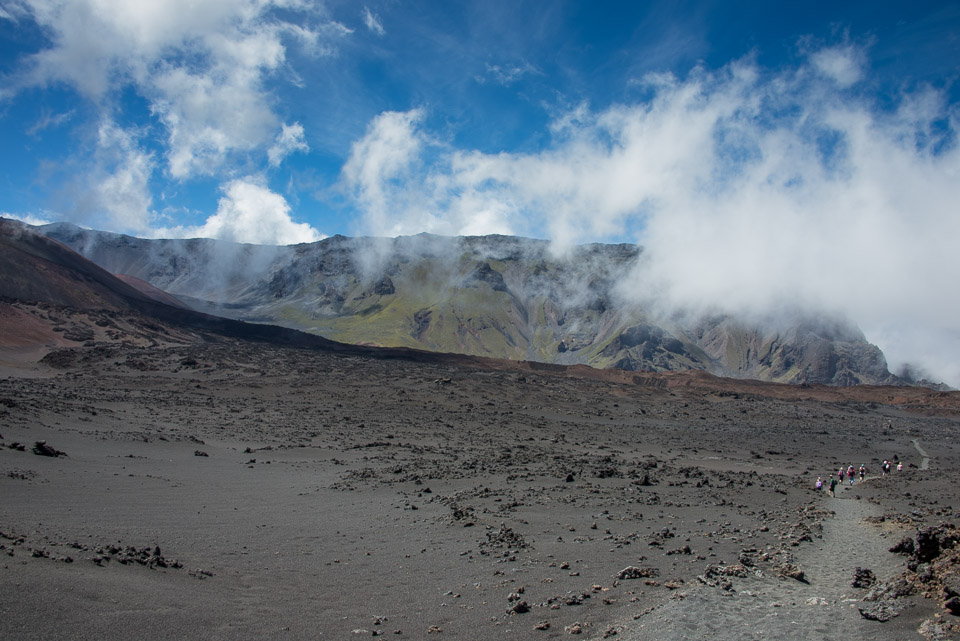 As the clouds rolled across the landscape, I was reminded that we were hiking between around 8,000 and 9,000 feet, which made the whole thing even more surreal. 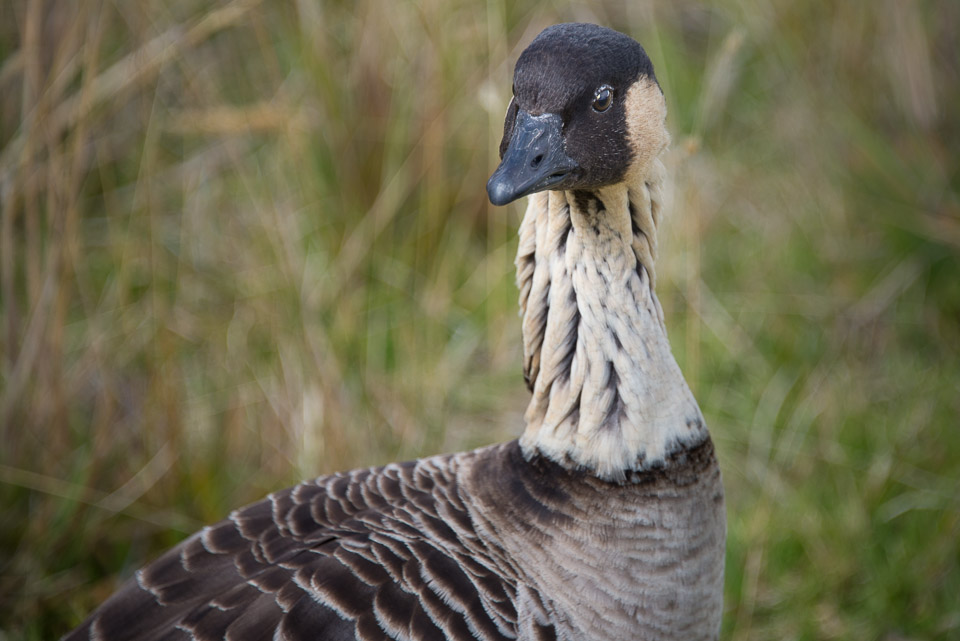 The Nene is a species of goose endemic to Hawaii. It’s believed that there were roughly 25,000 living on the islands when Captain James Cook arrived in 1778, but their population dwindled to a mere 30 by 1952 due to hunting and introduced predators, such as mongooses, pigs, and cats. Fortunately, they breed well in captivity and have been successfully re-introduced. As of 2004, it was estimated that there were 800 birds in the wild. It was great to see this endangered species roaming our trails, but it was a little disconcerting that they weren’t more afraid of us. I expected them to be more skittish around humans, but they came right up to me and other members of our party. 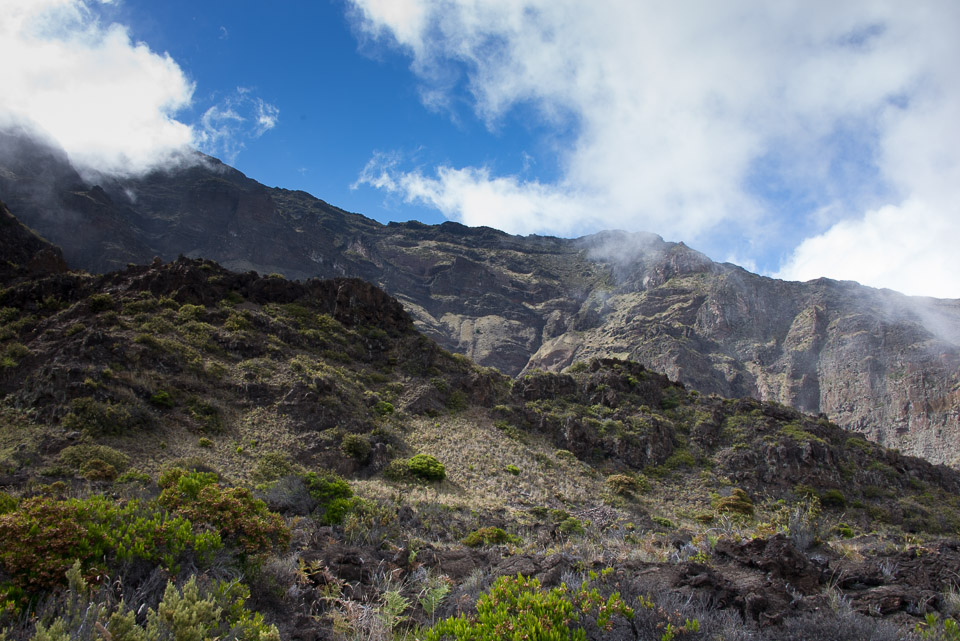 By far, the most challenging part of our hike was the switchbacks along the Halemau’u trail leading back to the parking lot where my car was parked. It’s as if you’re climbing a steep staircase for about two miles. I had the misfortune of wearing an old pair of hiking boots that had been losing its insole for a while, so my feet were killing me by the time I began the climb. I’m grateful I was with a forgiving group who didn’t seem to mind that I (the driver) was the last to arrive at the parking lot. 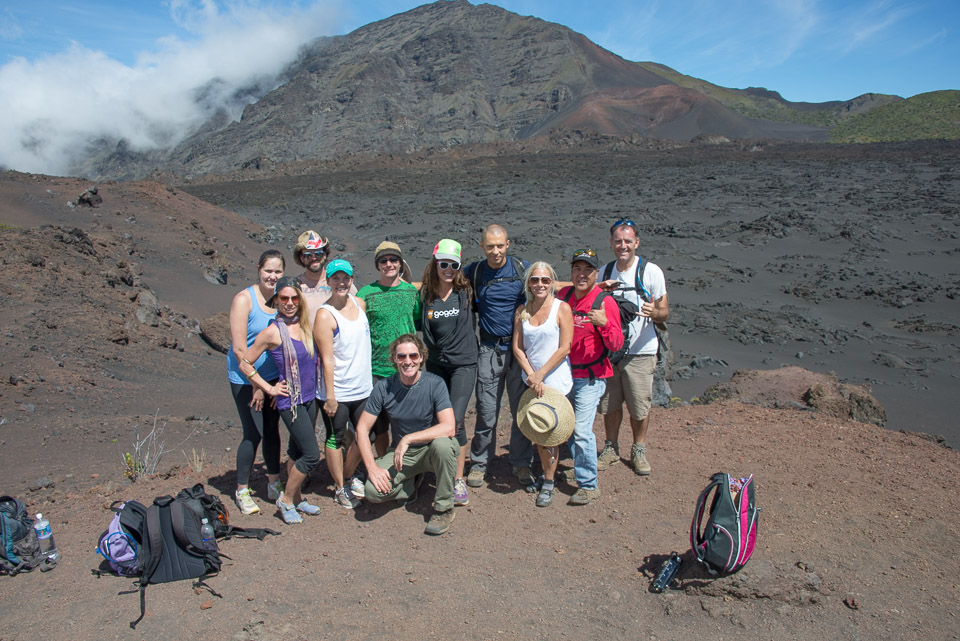 I’d never done this hike before but have been wanting to since I moved to Maui in 2005. I’m so glad I finally got to do it, and I couldn’t imagine a more fun group to have with me on my first time.

Thanks again to Katie McMillan for putting this together. 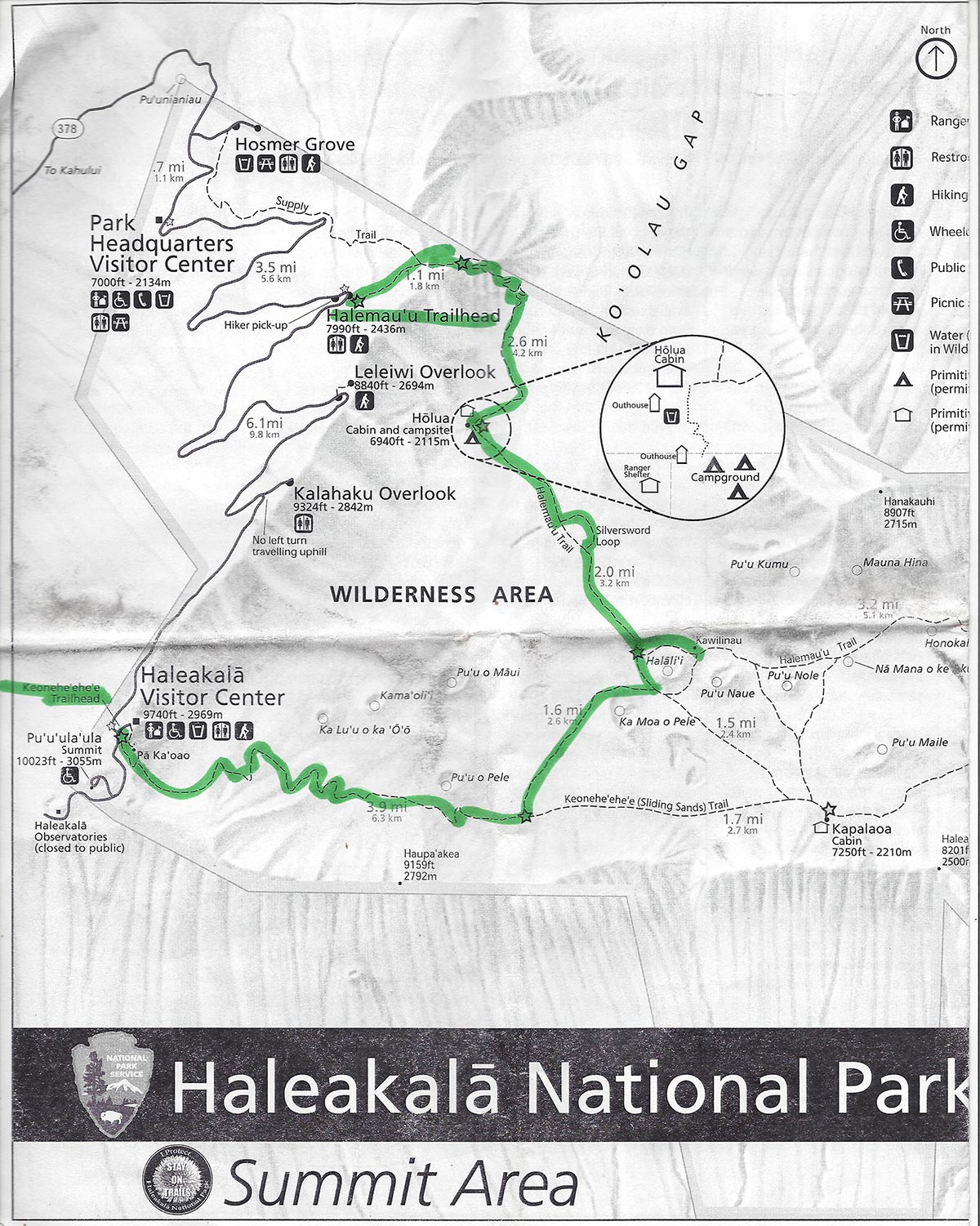 Some tips for the prepared hiker on Haleakala volcano: